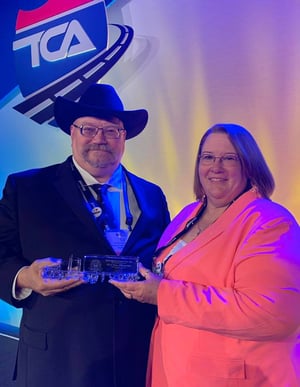 Ed and Tracy Zimmerman, professional truck drivers for Hirschbach Motor Lines, Inc. of Dubuque, Iowa, have been named the 2019 Highway Angels of the Year, also known as EpicAngels, by the Truckload Carriers Association (TCA) and its partner EpicVue. The husband and wife driving team was recognized during Tuesday’s general session at Truckload 2020: Orlando.

To view photos from the awards presentation, once available, click here.

On May 25, 2019 at 8:30 a.m., the Zimmerman’s left fear behind them when they came upon a horrific accident. Tracy was at the wheel as Ed slept in the sleeper. It was a normal day as they headed to Hodgkins, Illinois to make a delivery. Normally, the duo stops every couple of hours to walk the two dogs that with travel them. However, Tracy decided to keep going. While traveling on Interstate 77 near Beckley, West Virginia, Tracy came around a curve and noticed a UPS truck and another vehicle stopped. Looking farther ahead, Tracy spotted a vehicle, upside down, in a ditch, and on fire.

Without a moment to spare, Tracy stopped the truck, positioning it to block traffic, as another motorist who had stopped came running up to the truck, frantically waving his arms and yelling for a fire extinguisher. He shared that the motorist was trapped in the engulfed vehicle. Ed, now awake, grabbed the truck’s fire extinguisher and the team hurried to the vehicle. They joined an off-duty firefighter who had also stopped at the scene. As one bystander used the fire extinguisher to keep the flames back, another motorist ran over with a crowbar and smashed the passenger-side window. The trapped motorist was conscious and told them his leg was stuck. Ed and Tracy worked with the two other men to pull the trapped motorist free and then carried him away from the vehicle. The man told them he had a gun and ammunition in his vehicle. The Zimmerman’s moved as quickly as they could to put more distance between them and the vehicle which was now engulfed in flames. Just moments later, the vehicle exploded, sending glass and metal flying.

Unharmed, Ed and Tracy remained on the scene until first responders arrived. Once they returned to the cab, they found that just 36 minutes had passed since arriving on the scene. “It was a surreal, incredible, life-changing moment,” Tracy shared with TCA. The Zimmerman’s agree that they were supposed to be there at that time. “God puts us where he needs us the most,” she said. “Two more minutes and that man would have been burned alive.”

Although the driver was seriously hurt, the Zimmerman’s later saw a newspaper article stating the driver was expected to survive. The man had come off a night shift and apparently fell asleep at the wheel as he headed to his daughter’s birthday party that day.

“Thank you both for your selfless act of courage on that May morning,” said EpicVue CEO Lance Platt after presenting the Zimmerman’s with a crystal award.

Additionally, Platt encouraged Truckload 2020: Orlando attendees to snap a photo of the Zimmerman’s and share on social media. “It’s up to us as an industry to share these stories — to share this amazing program with our colleagues, family, and friends. Use the hashtag #HighwayAngel and #EpicAngel on social media — this story is incredible and deserves to be shared.”

The Highway Angel program, now in its 23rd year, recognizes professional truck drivers who have selflessly helped others while on the job. From each year’s Angels, one is selected as Highway Angel of the Year because he or she best embodies the spirit of the program.

The Zimmerman’s will also receive a complimentary EpicVue satellite TV package that includes a 24-inch flat screen TV, a DVR, and a one-year subscription to over 100 channels of DIRECTV programming, including premium channels such as HBO, Cinemax, Showtime, and the NFL Sunday Ticket.

View photos and updates from Truckload 2020: Orlando by following the hashtag #2020TCA on social media networks. 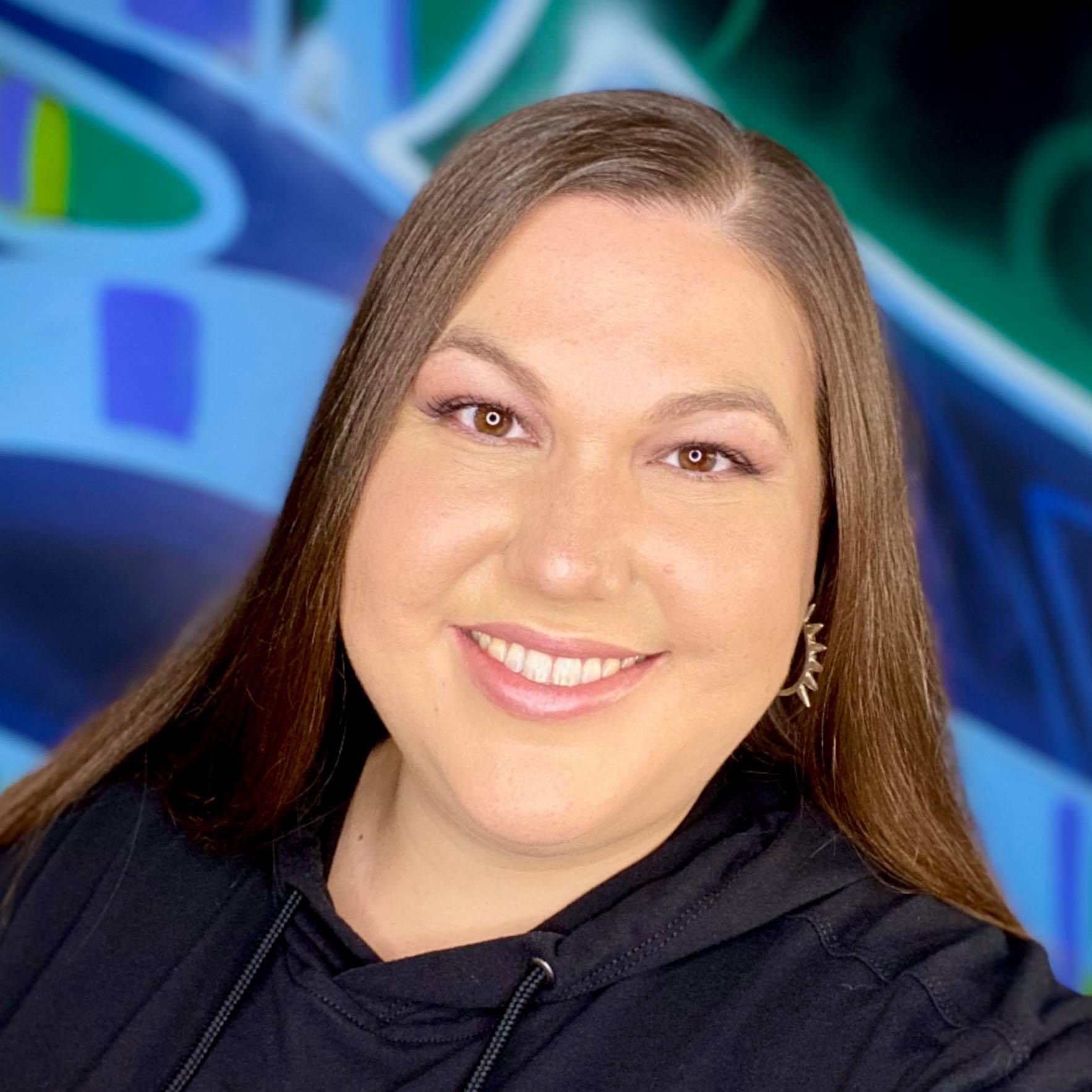